Is Hungary a full democracy?

The European Parliament has adopted an unprecedented resolution on the state of democracy in Hungary.

European lawmakers have voted with a large majority to adopt the report of Gwendoline Delbos-Corfield on the deterioration of democracy in Hungary. After 12 years of the Viktor Orbán government, the country was now in a “systemic breach of EU values” and had turned into a “hybrid regime of electoral autocracy.”

In a press release after the vote, the European Parliament condemned the “deliberate and systematic efforts of the Hungarian government” to undermine European values and seeks concrete results from the Commission and Council on the Article 7 process. 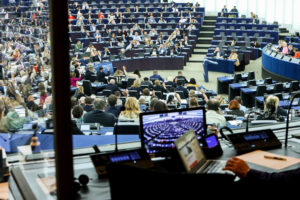 The report, which was first approved by the European Parliament’s Civil Liberties (LIBE) committee in May, has resulted in growing political pressure on Orbán’s government.

Daniel Freund, a member of the Green Party group in the European Parliament, wrote on Twitter: “Exclude Orban from the Council table! We don’t want EU politics to be made by non-democrats!” On the other side, a member of Hungary’s ruling party Fidesz voiced strong criticism of the majority’s decision. “They want to put Hungary under a protectorate, disregarding the free will of the Hungarian people expressed in the April elections.” said Eniko Gyori.

Viktor Orban, prime minister of Hungary, did not mince his words either. “The rule of law report on Hungary is a political attack, the European Left has taken over the European Parliament, and the Left cannot accept the fact that Hungarians vote for a right-wing government” he said in a speech in Belgrade, Serbia, according to government spokesman Zoltan Kovács.

Daniela Schwarzer, executive director of the Open Society Foundations, said: “This is the first time an EU institution has plainly said that a member state is not a full-blown democracy. Now, the member states must act.” 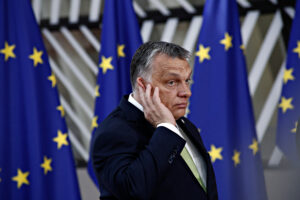 The Commission’s struggle with Hungary

Orban, the longest-serving leader of the bloc’s countries, has built his career on opposing the European Union and even compared it to the Soviet Union. “People who love their freedom must save Brussels from Sovietization, from people who want to tell us who we should live within our countries,” said Orban during Hungary’s commemoration of the 1956 anti-Communist uprising.

The relationship between Orban’s government and the European institutions has been declining over the years. However, the recent plenary session in Strasbourg could be the turning stone. With 433 votes in favor of the resolution, Hungary was labeled a “hybrid regime of electoral autocracy”. Members of the European Parliament urged the Council and Commission to do more. 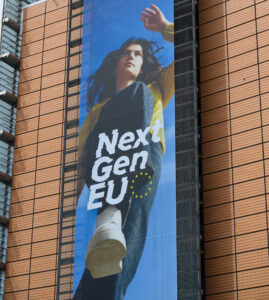 The new banner NextGenerationEU on the front of the Berlaymont building. Christophe Licoppe/European Union, 2021.

According to the European Commission website, more than 70 infringement cases are active against Hungary – from the policy areas of Internal market, Energy to Home Affairs, Justice, and Fundamental rights. POLITICO reports that the Commission plans to propose to the Council to “suspend a significant portion of Hungary’s EU budget funds.” The move comes as concerns of “serious problems with public procurement” amount to a breach of the rule-of-law principle.

EU’s Budget Commissioner Johannes Hahn reportedly proposed a 70 percent cut of the EU funds for Hungary. In order to mitigate the possible consequences, the Hungarian government offers concessions to Brussels to avoid being cut out of significant EU funding. “We are open to all options,” said Tibor Navracsics the EU affairs minister of Hungary. Many question if the Commission is willing to deploy effective mechanisms and actions to protect the interests of the European Union.