Reforming the EU decision-making process in the area of foreign policy is a very sensitive issue.

Some smaller states fear that a changing from unanimity to qualified majority voting (QMV) would deny them the right to determine their own national foreign policy.

However, events such as the invasion of Ukraine by Russia, the growing assertiveness of China and Russia in international relations and their will to challenge the norms of the international liberal order such as the rule of law, democratic values, have triggered a new debate within the EU on how to speed up the decision-making process in matters of foreign policy. Italian Prime Minister Mario Draghi suggested and Commission President Ursula von der Leyen that vetoes should be abandoned soon in the field of foreign relations. In May, French President Emmanuel Macron also said QMV should be expanded to this area. Other countries, including the Baltic states, are more lukewarm towards these proposals.

Civilian missions, human rights and sanctions are three key areas to be looked at, but where unanimity is so far still required. For instance, it is unimaginable that some states would take decisions in a delicate matter as the sending of civilian forces (police or other) to third countries on behalf of smaller states.

In the area of sanctions, the EU could introduce QMV, even though some argue that if member states had not acted unanimously on sanctions against Russia in 2014, after the annexation of Crimea or following the recent aggression of Ukraine, it would have been unable to project an image of unity to the rest of the world that the EU is standing up for democracy and the rule of law. 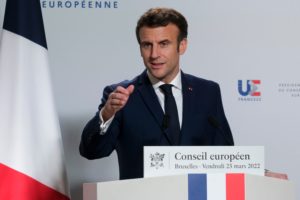 A change to QMV does not necessarily require a change in the EU treaties. Already contained in there is the so-called “passerelle” clause of Article 31(4). It enables states to extend QMV to other policy fields unless they have military or defence implications, where decisions still have to be taken unanimously. Moreover, Article 31 (2) guarantees that if states believe that certain decisions made by QMV are not in their respective national interest, the decision in question must be taken by unanimity.

One solution to avoid abuse of this right to veto major decisions could be the creation of an independent watchdog, e.g. to ensure that sanctions are effectively implemented by states members. This could be modelled on existing institutions such as the European Ombudsman or the European Banking Authority.

In conclusion, the tool of qualified majority voting, which requires 55 per cent of the currently 27 EU member states representing at least 65 per cent of the total EU population to vote in favour of a proposal in the Council, should be used very carefully. Foreign policy has always been a prerogative of nation-states.