Russia’s war on Ukraine has been a wake-up call for many EU member states when it comes to their defence budgets and capabilities. This is why the EU thinks it is important to cooperate. To do so, EU Member States will have to coordinate among one another in order to know the answer to a lot of questions, as what investments we have to prioritize, or what equipment we should have.

On 18 May, the EU Commission proposed to the EU Member States to jointly spend on defence capabilities, in order to decrease the « fragmentation and duplication » put forward by Josep Borrell, the EU foreign affairs chief, as the bloc faces Russian aggression in Ukraine. Moreover, he raised the fact that « we need to spend together and better ». For example, while the US has one type of tank, the EU has twelve different types of it. This pluralism significantly increases logistical costs and contributes to a lack of interoperability.

The European Commission also proposed other measures and actions needed to strengthen the European defence industrial and technological base. This proposal would consist of the EU Member States buying arms and military capabilities jointly. As a result, it supports the competitiveness of the EU’s defence industrial and technological base, including through greater economies of scale. The European Commission knows that this type of cooperation could be possible given that EU Member States have already collaborated, this time in the area of health, on the procurement of Covid-19 vaccines. 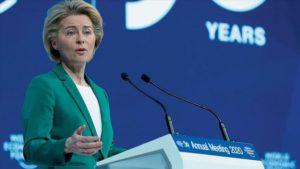 Moreover, the Commission has said it would invest 500 million euros over two years for joint procurement if at least three Member States decide to buy together. Besides, the president of the European Commission, Ursula Von der Leyen, thinks that, without a coordinated approach, there would be an increase in spending risks, leading to further fragmentation of Europe’s already highly disparate defence systems.

Furthermore, the constellation of actors which compose the European Union represents a real constraint, because of the existence of different exigencies or preferences between each state, as well as qualities and capacities of realisation of actions specific to each of them. Moreover, the coexistence of organisational cultures is possible, but it is the main cause of the efficiency deficit accumulated by European multilateralism.

Some studies on the impact of culture on security governance suggest that it clearly affects the type of security policy adopted by an actor. On the other hand, the lack of a shared political vision of the Union and its future creates also difficulties for the development of a common defence policy.

Today, the objective of the EU is to conduct a common foreign policy, and to do so, it is necessary that these Member States have common interests. However, those interests are complicated to determine because States are reluctant to give up part of their national sovereignty. At this point, it is important to highlight the existence of the « strategic concept ». It defines the purposes of the Union, as well as the means at its disposal in order to achieve them. It also sets out the threats it faces. For example, the first EU strategic concept, the European security strategy, has been established on 12 December 2003. 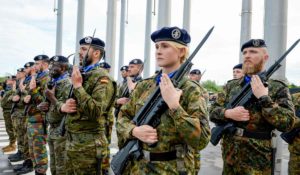 The challenges that the European Union is facing, such as conflicts, terrorism, and migratory crises, have led the EU to promote the idea that its continued prosperity depends on its military capabilities.

Not yet fully operational

The Maastricht Treaty of 1992 established the Common Foreign and Security Policy in 1993, while the Franco-British summit in Saint-Malo in 1998 laid the foundations for a European Security and Defence Policy. The following year, the European Security and Defence Policy (ESDP) was born, with the aim of developing the European Union’s role in international crisis management through the so-called « Petersberg tasks ».

The Treaty of Lisbon of 2007, for its part, has provided the Common Security and Defence Policy (CSDP), creating the post of High Representative for Foreign and Security Affairs and the post of Vice-President of the Commission. This treaty also allowed the possibility of enhanced cooperation between states, as well as a duty of mutual assistance in the event of aggression against a Member State. This duty is set out in Article 42 paragraph 7 of the Treaty on European Union (TEU). This clause opens up the possibility of using CSDP resources on the territory of the member states concerned and provides for direct dialogue and support from country to country, without the difficulty of involving the European institutions.

Thus, the Member States have the duty to provide help and assistance, but the provisions do not apply equally to all countries. Indeed, « this shall not prejudice the specific character of the security and defence policy of certain Member States ». States with a neutral tradition, such as Ireland or Sweden, are not obliged to derogate. This duty to assist has been illustrated for the first time after the terrorist attacks in Paris on 13 November 2015.

The CSDP establishes the possibility for the European Union to use military and civilian means to respond to international crises. Its purposes, defined in the Article 42 of the Treaty on European Union (TEU), are the following:

Following the war between Russia and Ukraine, Denmark organised a referendum on 1 June on Danish participation in the CSDP, even though the country had excluded itself from this defence policy with an « opt-out », which means its exemption clauses. The Danish vote was mostly in favour (67 percent) of Denmark’s participation in CSDP, which now includes all 27 EU Member States.

On the other hand, it is important to note that the EU does not have its own army. Instead, civilian and military capabilities are simply made available by the Member States when needed. The EU is currently present on three continents, with 17 missions, both civilian and military.

For a long time, Europe stood back in the field of defence, transferring this responsibility to the North Atlantic Treaty Organisation (NATO). However, since the European Council of December 2013, the deepening of European defence has become a political priority for the European Union. Indeed, an increase in perils has been strongly felt since 2014 and has given rise to a new awareness. With the return of war to the European continent, the EU has been forced to confront the exercise of military power. 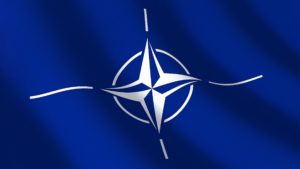 As a result, the need for European defence has become increasingly important, both in relation to the current crises and because NATO does not have all the means available to the EU to act, such as the experience of the African terrain by the French army. NATO‘s action, which could then be seen as superficial, is not affected by this, since it remains indispensable in certain areas, such as cyber defence. It is, therefore, possible to speak of complementarity between European defence and NATO, whose coordination between internal and external security seems indispensable, especially in the fight against terrorism.

Since the beginning of the Russian war, the EU has offered strong political, financial and humanitarian support to Ukraine. Indeed, from the fourth day of the war, the European Commission announced that it would dedicate emergency aid to help civilians affected by the war in Ukraine while providing material assistance to the country through the Civil Protection Mechanism.

The European Union provided 500 million of euros in aid to Ukraine, including 450 million to fund defensive equipment and 50 million to fund medical equipment. This military aid was a first in European history, and many EU Member States decided to provide additional aid.

On 25 June 2018, the European Intervention Initiative (EI2) has been created, which aims to create a « hard core » of States, ready to act quickly in case of need.

At the capability level, the European Defence Fund (EDF) has been created, with a budget of 8 billion euros for the 2021-2027 period in order to stimulate transnational defence industrial cooperation projects.

At the operational level, the European Peace Facility (EPF) has been created, allowing the supply of military equipment to partner armies since 2021.

Besides, the “Strategic Compass”, a document setting out the principal European security and defence objectives up to 2030, was adopted by the 27 European Union countries on 25 March 2022. Its implementation is difficult because, as a result of their history, European countries have different strategic cultures, just as they do not necessarily have the same analysis of threats and priorities in this area. However, it is possible to identify its objectives:

The European Council met on 30 and 31 May 2022 to discuss, among other things, security and defence issues. On this occasion, EU leaders highlighted the need to implement the strategic compass, as well as to strengthen the EU’s partnerships, increase its resilience and enhance its security and defence capabilities through more and better investment.

In addition, they emphasized the importance of the transatlantic relationship and EU-NATO cooperation for our global safety and discussed issues such as measures to coordinate joint procurement in the defence field.

Now, the European Council waits for the presentation of a possible joint European defence investment programme, as well as an instrument for value-added tax exemption and for European defence projects of high common interest.  It would then return to the issue at a future meeting.

Therefore, the European Commission’s proposal to invest jointly in defence capabilities can be seen as beneficial for an enhanced cooperation of the EU Member States in the face of the current massive challenges that they have to face together. By the end of 2022, the Commission will also work with the Member States to simplify the transfer of EU-funded defence equipment in the internal market.