Relations between the European Union and the United States seemed to have improved markedly. 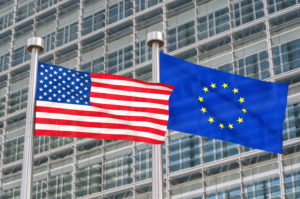 On Tuesday, the leaders of the European Union and the United States agreed on closer cooperation. At a special summit in Brussels between US President Joe Biden and the heads of the European Council, Charles Michel, and the European Commission, Ursula von der Leyen, several decisions were announced, the most notable in the area of trade.

The two sides agreed to “renew our Transatlantic partnership” and “set a Joint Transatlantic Agenda for the post-pandemic era.” On trade, the two sides want to move from “litigation to cooperation” and settle the long-running dispute over state subsidies to the aircraft manufacturers Boeing and Airbus. Punitive tariffs will be withdrawn for a five-year period to face the common threat on nonmarket practices by China. The 17-year trade dispute has found finally ended, which means that the EU and the US will be saving “billions of euros in duties for importers”. Both sides won’t be able to trick competition by giving tax breaks to their own producers but will encourage research and development through funding.

The leaders of the two blocs also pledged to create a Cooperative Framework for Large Civil Aircraft, to engage in discussions to resolve differences on measures regarding steel and aluminum by the end of the year, and to establish an EU-US Trade and Technology Council.

Von der Leyen said bilateral trade between the UE and the US amounted to an unprecedented 1 trillion euros in 2020, despite the pandemic. More specifically, the EU and the US intend to implement a non-discriminatory proposal without imposing any double taxation.

On health, an EU-US vaccines task force is to be set up after the pandemic for a faster response to global health crisis. Here, the aim is to build new production plants for vaccines and therapeutics, secure open supply chains, avoid unnecessary export restrictions, and encourage the sharing of know-how and technology.

Both sides will also attempt to reform the World Health Organization (WHO). In their joint statement, Biden, Michel and von der Leyen said an international treaty on pandemics had been discussed.

Another outcome of the discussions was the US’ return to the Paris Agreement on climate change. It is intended to establish a robust global framework for sustainable resources and to invest in green technologies.

Discussions are still ongoing concerning the coal and steel sectors. No date has been set to end the use of coal.

On the diplomatic front, the EU and the US said they would cooperate “on the full range of issues regarding China, which include elements of cooperation, competition, and systemic rivalry.” The two sides also said they were united in their approach towards Russia and were “ready to respond decisively to its pattern of negative behaviour and harmful activities.” The leaders agreed to establish an EU-US high-level dialogue on Russia to coordinate our policies and actions in this regard.