The European Union on Friday agreed a fifth package of economic sanctions against Russia. 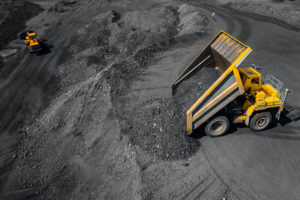 Russian coal cannot be imported into the European Union any longer from August 2022 Photo: Shutterstock

The latest package includes a prohibition to purchase, import or transfer coal and other solid fossil fuels into the EU if they originate in Russia or are exported from Russia. This ban will take effect in August 2022. Imports of coal into the EU are currently worth around €8 billion per year. Also prohibited will be the access of ships registered under the flag of Russia to European ports. However, derogations are granted for agricultural and food products, humanitarian aid and energy.

Russian and Belarusian road hauliers will also be barred from transporting goods within the EU, including in transit. Derogations are granted for a number of products, such as pharmaceutical, medical, agricultural and food products, including wheat, and for road transport for humanitarian purposes. The EU member states also agreed a number of additional export bans, targeting jet fuel and other goods such as quantum computers and advanced semiconductors, high-end electronics, software, sensitive machinery and transportation equipment, as well as new import bans on products such as wood, cement, fertilisers, seafood and liquor (including Russian vodka).

There will also be a general EU ban on participation of Russian companies in public procurement in member states, the exclusion of all financial support to Russian public bodies. an extended prohibition on deposits to crypto wallets and on the sale of banknotes and transferrable securities denominated in any official currencies of the EU member states to Russia and Belarus.

My interview with @JudyWoodruff PBS @NewsHour on EU sanctions against #Russia and our continued support to #Ukraine, ahead of my visit to Kyiv. https://t.co/Qm9DsusBqe

Furthermore, the Council of the European Union decided to sanction companies whose products or technology are said to have played a role in the invasion of Ukraine. Among them are oligarchs and other businesspeople, high-ranking Kremlin officials, proponents of disinformation and information manipulation as well as family members of already sanctioned individuals. These include two daughters of Russian President Vladimir Putin.

Moreover, a full transaction ban is imposed on four key Russian banks representing 23 percent of market share in the Russian banking sector. After being excluded from the SWIFT payment system, these banks will now be subject to an asset freeze, thereby being completely cut off from European markets, according to the EU.