The Digital Markets Act will place restrictions on internet “gatekeepers”

It will be one of the most important legislative pieces the EU has adopted in the past years: On Thursday, negotiators from the European Parliament and the Council of Ministers – the latter representing the 27 EU member states – reached agreement on the Digital Markets Act (DMA). The regulation, which will have binding effect across the EU once it enters into force, is an attempt to tame the power of large digital companies, most of which have their headquarters outside of the EU.

Provisional agreement with the @Europarl_EN on the Digital Markets Act #DMA.

The package had been initially proposed by the European Commission, which on Friday welcomed the compromise on the DMA. Commission Executive Vice-President Margrethe Vestager said the approval was “a huge step forward” towards “markets [that] are fair, open and contestable.”

Free speech under attack? Read here what our experts had to say on this subject

The core element of the DMA is the introduction of the notion of “gatekeeper platforms”, e.g. large social media companies or services. In the view of the Commission, gatekeepers often favour their own services or products over those provided by third-party operators on the same platform, or prevent business users from reaching end consumers. They might also impose unfair access conditions to their app store or prevent the installation of applications from other sources. In such scenarios, consumers are likely to pay more or are even effectively deprived of the benefits that alternative services might have brought. 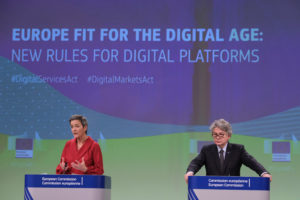 According to the Commission, such gatekeeper practices have prevented businesses and consumers from reaping the true benefits of digital markets. “The gatekeepers will now have to comply with a well-defined set of obligations and prohibitions. This regulation, together with strong competition law enforcement, will bring fairer conditions to consumers and businesses for many digital services across the EU”, said Vestager, who is also the EU’s competition commissioner.

Her colleague Thierry Breton said the Commission would “quickly work on designating gatekeepers based on objective criteria.” He went on to say: “Within six months of being designated, they will have to comply with their new obligations. Through effective enforcement, the new rules will bring increased contestability and fairer conditions for consumers and business users, which will allow for more innovation and choice in the market.

“We are serious about this common endeavour: no company in the world can turn a blind eye to the prospect of a fine of up to 20 percent of their global turnover if they repeatedly break the rules”, said Breton.

The DMA will apply to gatekeepers, companies which create bottlenecks between businesses and consumers, and sometimes even control entire ecosystems, made up of different platform services such as online marketplaces, operating systems, cloud services or online search engines. These gatekeepers will be subject to a number of obligations and prohibitions. These will be established by reference to the most unfair market practices, or practices that create or strengthen barriers for other companies, with the overall aim of ensuring the contestability of gatekeepers’ digital services.

The DMA will complement the enforcement of competition law at EU and national level.  The new rules are without prejudice to the implementation of EU competition rules and national competition rules regarding unilateral behaviour.  The new regulation will also empower the European Commission to become the sole final arbiter of the rules. The EU’s executive will be able to impose penalties and fines of up to 10 percent of a company’s worldwide turnover, and that may, in the event of repeated infringements, reach up to 20 percent of such turnover. In the case of systematic infringements, the Commission will also be able to impose behavioural or structural remedies, including a ban on further acquisitions.

❗️HUGE NEWS: @Cedric_O's breaking announcement on the newly approved Digital Markets Act made a political commitment that its twin regulation, the Digital Services Act, will include the ban on targeted ads using sensitive data, as well as to minors!! 💥🥳

According to the Commission, there are three main criteria that bring a company under the scope of the Digital Markets Act:

If all of these quantitative thresholds are met, the company in question is presumed to be a gatekeeper – unless it submits substantiated arguments to demonstrate the contrary. If not all these thresholds are met, the Commission may evaluate, in the context of a market investigation for designating gatekeepers, the specific situation of a given company and decide to identify it as a gatekeeper on the basis of a qualitative assessment.

The European Union has opened a new chapter in antitrust enforcement for the digital economy, adopting a raft of new rules as part of the Digital Markets Act #DMA designed to clamp down on abuses by some of the world’s largest tech firms: https://t.co/cX2auJrEcY 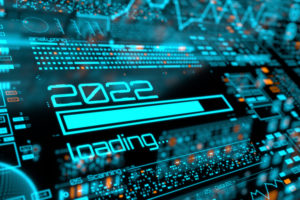 Platforms identified as gatekeepers will need to proactively implement certain behaviour, and have to refrain from engaging in unfair behavior. When a company does not yet enjoy an entrenched and durable position, but it is foreseeable that it will in the near future, a proportionate subset of obligations will apply, to ensure that the gatekeeper concerned does not achieve by unfair means an entrenched and durable position in its operations.

The Digital Markets Act establishes a series of obligations that gatekeepers will need to implement in their daily operations. These include a duty to allow third parties to inter-operate with the gatekeeper’s own services, to provide third companies advertising on their platform with access to in-house performance measuring tools and to permit business customers to promote offers and conclude contracts with their own customers outside the gatekeeper’s platform. Gatekeepers may no longer block users from uninstalling any pre-installed software or apps, or use data obtained from their business customers to compete with them. Gatekeepers may also not restrict their users from accessing services that they may have acquired outside of the gatekeeper platform.

The European Parliament’s chief negotiator on the package, Andreas Schwab, said the larger digital companies now had to prove that they would allow fair competition on the internet.

The Commission last year also proposed another bill, the Digital Services Act (DSA), which is aimed at ensuring a safer online environment and includes, among other things, clearer rules on how to deal with hate speech and misinformation. This package is also under consideration by the other EU institutions, but a compromise has yet to be reached.

The political agreement on the DMA has yet to be ratified by the two co-legislators of the EU, the European Parliament and the Council. However, this is considered a formality. Once adopted, the DMA will come into effect six months after its entry into force.

(25 March 2022) During President Joe Biden’s visit to Brussels, a deal was inked that is another crucial element for digital companies.

In the summer of 2020, the Court of Justice of the European Union (ECJ) struck down a framework agreement governing the transfer of data between Europe and the United States. The judges ruled that the so-called “Privacy Shield” did not guarantee that European citizens’ data in transit to the United States was sufficiently protected, at least not according to the standards established in the General Data Protection Regulation of the EU, thus making it possible for the US to interfere with the fundamental rights” of EU citizens whose data was transferred to the United States. The judgment created legal uncertainty among companies. Now, following months of negotiations, a successor agreement to Privacy Shield was agreed. It was announced at a joint press conference by Commission President Ursula von der Leyen and US President Joe Biden in Brussels.