Is Italy’s political crisis slowing down distribution of EU funds?

Brussels wants to ensure the payment of funds to Italy despite the resignation of Prime Minister Antonio Conte.

Italian Prime Minister Giuseppe Conte presented his resignation on Tuesday. What is widely seen as a tactical move comes after he successfully survived two votes of confidence, albeit with a slim majority. Backed by the Five Start Movement and the centre-left Democratic Party, the coalition has been deserted by the small Italia Viva party of former Prime Minister Matteo Renzo. However, Conte could be reappointed by President Sergio Mattarella if he can muster a strong-enough majority.

Reacting to this crisis, the European Commission’s Vice-President Valdis Dombrovskis said Italy was “the largest recipient of the recovery funds” and the administration of EU funds to fight the Covid-19 pandemic should not be slowed down. 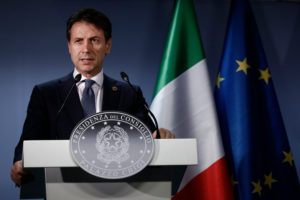 Read more on the issue on Euronews