The European Commission urges member states to intervene in energy markets to prevent a further rise of gas and electricity prices.

“The EU is confronted with the effects of a severe mismatch between energy demand and supply, due largely to the continued weaponisation by Russia of its energy resources”, the Commission announced in a press release on Wednesday. 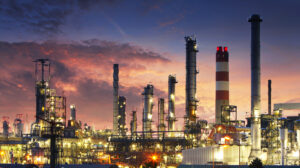 Commission Executive Vice-President Frans Timmermans said in Strasbourg: “We need to understand that the pre-war situation with abundant, cheap fossil fuels is not coming back. Putin’s weaponization of energy is confronting us with increasingly unbearable energy bills that households, and especially small and medium-sized enterprises, are grappling with. Leaving this to the market would mean pricing out the poorest consumers, pushing businesses to the brink of collapse, and letting families go cold. Not everyone needs help with their bills. But those who need it, and those are millions and millions of Europeans, need it very urgently.”

The Commission wants to tackle the issue by proposing “exceptional electricity demand reduction measures”. These are said to help reduce the cost of electricity for consumers. Also on the table are measures to redistribute the energy sector’s surplus revenues.

🧩 What is the EU doing to tackle the #EnergyCrisis?

Our article on the challenges before the winter. ⤵️https://t.co/pVK0mzvjod

The proposal follows on from previously agreed measures on filling gas storage and reducing gas demand. They are aimed at preparing Europe for the upcoming winter. The main measures in the package, which were outlined in Commission’s President Ursula von der Leyen’s State of the Union speech, are as follows:

“The pre-war situation with abundant, cheap fossil fuels is not coming back”  Frans Timmermans

Also on the table is a “temporary solidarity contribution” on excess profits generated from activities in the oil, gas, coal, and refinery sectors which are not covered by the inframarginal revenue cap. This time-limited contribution would maintain investment incentives for the green transition. It would be collected by member states on 2022 profits which are above a 20 percent increase on the average profits of the previous three years.

These excess revenues of energy producers would be collected by member states and redirected to energy consumers, in particular vulnerable households, hard-hit companies, and energy-intensive industries.

The first response to high prices is to reduce demand.

We are proposing an obligation for EU countries to reduce demand during peak hours by at least 5%.

Reducing peak demand would reduce gas consumption by 1.2bcm over the winter.

In a further market intervention, the Commission proposes to allow below-cost regulated electricity prices for the first time and expand regulated prices to also cover small and medium-sized enterprises.

The Commission said it would deepen its discussion with member states about the best ways to reduce gas prices, also analysing various ideas for price caps and enhancing the role of the EU Energy Platform in facilitating lower price agreements with suppliers through voluntary joint purchasing. In addition, Ursula von der Leyen told the European Parliament that she had initiated talks with Norway, one of the leading European producers of natural gas, to cut the price of gas. “I have agreed with Prime Minister [Jonas] Store to set up a task force. Teams have started their work”, she said.

The Commission proposals are still subject to the approval of the member states.