“EU must find right balance between free speech and responsibility”

How can, how should the European Union regulate online content and in particular internet platforms?

Is free speech under attack, as some critics allege?

On 20 April 2021, EU Watch and the European Company Lawyers Association (ECLA) jointly held an online debate with four experts on this subject:

Paul Nemitz, principal advisor in the European Commission and one of the “founding fathers” of the General Data Protection Regulation;

Philippe Coën, a French lawyer who is honorary president of ECLA and founder of the NGO Respect Zone;

Helga Trüpel, a former Green Party MEP from Germany who is a co-founder of EU Watch; and

Bill Echikson, a former journalist and Google executive in Brussels who currently heads the Digital Forum of the Centre for European Policy Studies (CEPS).

Read the transcript of the debate here

While the four panelists were unanimous in their view that Donald Trump deserved to be banned from Twitter and Facebook for his role in the incitement of the assault on the US Capitol on 6 January 2021, they disagreed on a number other aspects – including the extent to which the European Union is trying to regulate online content.

Echikson was critical of attempts to burden private companies – such as social media platforms – with too wide-ranging responsibilities. “A lot of the good ideas in Europe are either too complicated or ineffective in really making a difference. Debate is healthy, and we need to strike a balance between free speech and privacy or between free speech and responsibility”, he said. The German law aimed at curbing hate speech on social media platforms (“NetzDG”), in particular the fact that it was difficult to enforce, had been ineffective, Echikson added. 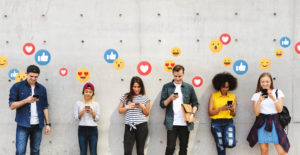 Coën pointed out that there was no agreement in Europe on what is and what is not free speech. “Depending on where you sit, the definition may vary, and that’s fine”. He called for an effort to define “respect for human dignity” in the online sphere and also for more education, especially of younger people. The EU efforts to regulate the internet were very ambitious, but “can be perfected”.

“Hate is a result of the total absence of freedom of speech. It starts with the lack of ability to listen to the others and to listen to others’ viewpoints and opinions. What happens when you are provided a smartphone as a nine-year-old child, a phone with an Internet subscription?” Coën asked.

Trüpel urged the EU to ensure that the big internet platforms should be held accountable for any infringements of laws. The firms were nowadays also content providers and not just access providers. She emphasized that freedom on the internet was not absolute, but needed to be balanced with responsibility. “Qhen you are a content provider, rules must apply to you because your impact on society or the quality of democracy is potentially huge.” 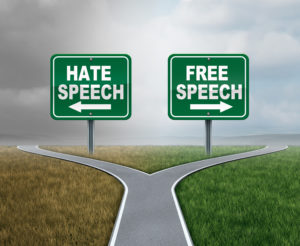 Nemitz pleaded for decisions not to be taken merely according to technological criteria, but first and foremost according to the needs of society as a whole. “We cannot rely on the technological information or the business information the big companies give us”, he held. As the only panelist, he was not opposed to including not just illegal content, but also harmful content in the new EU regulations currently being debated.

“Democracy cannot function if we just say ‘Sorry, but we can’t do anything about it’, with all the lies and organised propaganda being spread, whether privately or publicly financed weather from third states or within. We must make sure that we continue to have a vibrant privately-financed free press that is able to function as the Fourth Estate, namely to control power whether public or private in our society.”

Echikson disagreed: “The EU needs to find the right balance between free speech and responsibility. I should stick to illegal content. Trying to define harmful content and how that should be treated is very difficult. The idea that there should be special rules just for large companies and not the same rules, or not any responsibilities, for smaller ones is faulty, too.”