70 percent of EU population to be vaccinated “by the summer”

Following criticism, the European Commission has laid out its vaccination strategy to help contain the COVID-19 pandemic.

The European Commission on Tuesday tried to answer its many critics and detractors over the sluggish COVID-19 vaccination campaign. Not surprisingly, the Commission proposes reinforced common action at EU level. The goal is to vaccinate 70 percent of the European Union’s adult population “by the summer” of 2021 – though Vice-President Margaritis Schinas and Health Commissioner Stella Kyriakides refused to give a precise deadline, despite repeated questions by journalists. 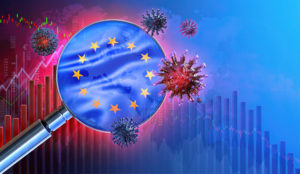 Rumors of bilateral agreements between states and vaccine producers have undermined the EU’s efforts. On top of a reported shortage of the Pfizer/BioNTech vaccine in some member states, several non-EU countries such as Israel, the United Arab Emirates and the United Kingdom, have already vaccinated a significant proportion of their population.

The Commission defended its approach. Schinas said it had always been clear that there would not be enough vaccine to immunize everybody immediately. By March, the Commission wants EU member states to have jabs given to four fifths of those over the age of 80 as well as to health and social care workers.

In addition, Brussels is pushing to an increase in testing capacities and ramping up genomic sequencing to identify virus mutations.

While the EU has some competences in public health matters, most decisions are taken at member state level. However, to fight the pandemic and to ensure equal and fair distribution of vaccines across Europe, EU countries have agreed a joint approach. New COVID-19 vaccines need the approval of the European Medicines Agency.

Overall, the EU negotiated contracts with pharmaceutical companies for a total of 2.3 billion doses. However, most of the vials are to be delivered later in the year, sparking concerns in many member states that lockdown measures will have to remain in place until then.

First doses of the Pfizer/BioNTech and the Moderna vaccines have been allocated distributed to member states via an algorithm which takes into account their population size. It is, however, now up to the member states themselves to prepare for the distribution, provide the necessary infrastructure and deliver the jabs.

Member states retain the right of choosing the most vulnerable people in their population who will have priority access to the vaccine. The Commission has reiterated their will to help member states in the distribution effort, though it warned that not everyone will have the same vaccine immediately.

The EU has pledged to be more transparent over its purchasing strategy. The Pfizer/BioNTech contract has been partly made available to members of the European Parliament. Representatives have urged the Commission to see the texts in full, especially the clauses relating to liability and delivery dates.

Discussions with the other vaccine providers are on-going and subject to approval of their vaccines by the EMA. The initial criteria for choosing a company were scientific robustness, risk, price, capacity and speed. The last aspect has so far been put aside in favour of safety. The French pharmaceutical company Sanofi’s vaccine is unlikely to be available for distribution before the end of 2021.

New innovations of the EU to fight COVID-19 include a common European vaccination certificate which will allow for more follow up of vaccinated citizens. Cross-border travel and border checks are to be regulated at the EU level.

While Brussels is opposed to blanket intra-EU travel bans, it is aware that member states have repeatedly used this measure to contain the spread of the virus. With the new, more infectious strain discovered in the UK now threatening many EU states, more border closures in the Schengen area can be predicted.