After court ruling, AstraZeneca and EU both claim victory

The European Commission on Friday said it had won an important legal battle over the delivery of millions of vaccine doses by AstraZeneca.

However, the Swedish-British pharmaceutical company said the judge had sided with its arguments.

According to the judgment, the Court of First Instance of Brussels decided to grant interim measures in the case brought against AstraZeneca by the European Commission on behalf of the 27 EU member states. It ordered that AstraZeneca must deliver, in addition to the 30 million doses already delivered, 50 million doses of the Covid-19 vaccine by 27 September 2021, according to the following schedule: 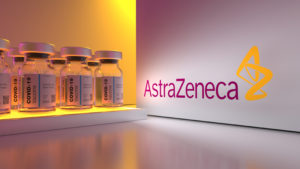 A Commission lawyer said AstraZeneca had already delivered an additional 40 million doses, anticipating that it might be ordered by the Brussels judge to do so. Originally, the Commission had signed an order of 120 million doses. In January, the firm said it would be unable to honor its commitments and drastically cut back its allocation for the 27 EU member states. In April, the Commission announced it would not order more vaccines from AstraZeneca.

In the event of non-compliance with delivery deadlines AstraZeneca would have to pay a penalty of €10 per dose not delivered, the Commission said in a press release. Initially, the Commission wanted the judge to impose a fixed penalty per day and per dose.

“It seems AstraZeneca has deliberately chosen not to use all the means at its disposal” to use its plant in Oxford to produce vaccines for the EU countries, the judge ruled according to the ruling.

The judge’s decision on the interim measures is based on the fact, that AstraZeneca committed a serious breach (‘faute lourde’) of its contractual obligations with the EU, said the EU. The held also holds that AstraZeneca should have deployed all its efforts to deliver the vaccines within the agreed timetable, including the British production sites explicitly mentioned in the contract – especially given the big delays in deliveries to the EU.

The president of the European Commission, Ursula von der Leyen, welcomed the decision which she said confirmed “the position of the Commission: AstraZeneca did not live up to the commitments it made in the contract. It is good to see that an independent judge confirms this. “Plants must be used, best efforts must be made, AstraZeneca can no longer hide”, an EU official added.

However, AstraZeneca said the court had sided with its arguments. It had delivered already 70 million out of the 80 million scheduled to be delivered by the end of June, and would deliver the missing ones to the EU in time.