The European Parliament gave the go-ahead to start negotiations with the 27 EU member states on setting new rules for large internet platforms.

The Digital Markets Act (DMA) proposal blacklists certain practices used by large platforms acting as “gatekeepers” and enables the Commission to carry out market investigations and sanction non-compliant behaviour. The text was approved by MEPs with 642 votes in favour, 8 against and 46 abstentions. It sets new obligations and prohibitions directly applicable to such platforms, with a view to ensuring fair and open markets. 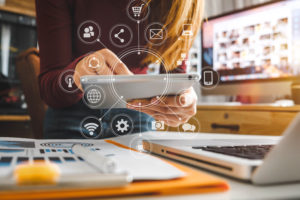 Other changes introduced by MEPs are related to the definition of gatekeepers based on certain thresholds, the list of obligations and prohibitions (“do’s and don’ts”), including new provisions on targeted advertising and on the interoperability of services, restrictions to “killer acquisitions”, EU enforcement, the role of national competition authorities and fines.

In the approved text, the European Parliament increases the quantitative thresholds that would mean a company is covered by the DMA to €8 billion in annual turnover in the European Economic Area (EEA) and a market capitalisation of €80 billion; companies would also need to provide a core platform service in at least three EU countries and have at least 45 million monthly end users, as well as more than 10 000 business users. The draft also includes additional requirements on the use of data for targeted or micro-targeted advertising and the interoperability of services, e.g. number-independent interpersonal communication services and social network services.

Users would be given the option to uninstall pre-installed software applications, such as apps, on a core platform service at any stage. In cases of systematic non-compliance, the Commission could restrict gatekeepers from making acquisitions in areas relevant to the DMA in order to remedy or prevent further damage to the internal market. Gatekeepers would also be obliged to inform the Commission of any intended concentration. The proposal also clarifies the role of national competition authorities, while keeping the enforcement of the DMA in the hands of the European Commission. It says that the DMA should ensure whistleblowers are able to alert competent authorities to actual or potential infringements of this regulation and protect them from retaliation. If a gatekeeper does not comply with the rules, the Commission can impose fines of “not less than 4% and not exceeding 20%” of its total worldwide turnover in the preceding financial year.

Parliament rapporteur Andreas Schwab said: “Today’s adoption of the DMA negotiating mandate sends a strong signal: the European Parliament stands against unfair business practices used by digital giants. We will make sure that digital markets are open and competitive. This is good for consumers, good for businesses and good for digital innovation. Our message is clear: the EU will enforce the rules of the social market economy also in the digital sphere, and this means that lawmakers dictate the rules of competition, not digital giants”.

The text approved will be Parliament’s mandate for negotiations with EU governments, planned to start under the French presidency of the Council in the first semester of 2022. The Digital Services Act (DSA) – a parallel proposal to regulate online platforms, dealing with, among other issues, illegal content and algorithms – is due to be put to the vote in plenary in January.