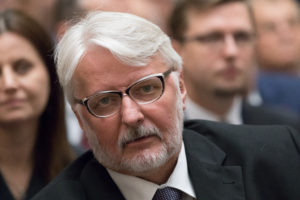 Witold Jan Waszczykowski, a Polish member of the European Parliament and a former Minister of Foreign Affairs of Poland, gives his views on the debate about offering EU membership to Ukraine and on the idea floated by French President Emmanuel Macron and European Council President Charles Michel to create a “European political community” of countries that will not be fully-fledged members of the EU. Waszczykowski served as Foreign Minister of Poland from 2015 to 2018 and was elected to the European Parliament in 2019. He is a member of the governing PiS party.

Mr. Waszczykowski, do you expect Ukraine to get EU membership candidate status at the upcoming June summit of EU leaders?

The odds are probably 50:50. A number of countries are very outspoken. They say they cannot grant Ukraine a fast-track membership. They don’t even see Ukraine as a member of EU in the near future. I also think that the position of France and Germany is very ambiguous. Macron, instead of supporting enlargement, is proposing to establish something new: new institutions, a community of nations, associated with the EU.

And what about Germany, the biggest EU country?

“Macron’s idea is not going to fly”

That’s why even granting a candidate status to Ukraine, Moldova and Georgia is problematic for them. A few weeks ago, I visited Berlin together with my colleagues from the European Parliament and from Ukraine. We spent a number of hours in the office of Chancellor Olaf Scholz. We kept asking the question regarding the enlargement, but we didn’t receive an answer.

Is Macron’s idea of a European Political Community realistic? Will it work?

No, it’s a kind of trap for these countries. It would keep them in a limbo. Maybe they would be included in some additional cooperation programs of the EU, and receive extra funds. But it would also keep them away from the EU. I witnessed similar attempts 30 years ago when Poland and other countries from Central Europe applied for NATO membership. Instead of granting them a membership, NATO created the North Atlantic Cooperation Council which was open to all former members of the Warsaw Pact. Some of us wanted to go further, so they created the Partnership for Peace program, but it was still not a full membership.

This time, history seems to be repeating itself in the case of EU. I don’t think this is going to fly. Ukraine, but also Georgia have already introduced enormous packages and adopted most of the Acquis Communautaire of the EU. Yet, they haven’t received any substantial rewards from the EU. They really count on EU membership, not on some sort of a new substitute institution.

Do you see a split in the European Union?

I see some of the founding fathers of the EU, trying to split the EU. They are trying to create within the framework of the EU some kind of “Charlemagne Europe”. In other words, federal institutions. There are already attempts within the EU to divide us, to create groupings of countries. And of course, I don’t see any inclination to enlarge, but rather to keep certain allies around the European Union with some additional funding, but without the privileges and rights of being full members of the EU. This is a very dangerous situation because we would create a Europe of different stages of integration and security. This would encourage others like Russia to try to influence and play dirty games in the countries that would not be full EU members.

Has the EU shown unity in face of Russia’s war against Ukraine?

No. Before the war started, there was a united front of some western countries – namely Germany, France, Netherlands, Austria, and Italy – to cooperate with Russia. Countries like Germany assumed that having cheap Russian resources, especially gas, might give them an instrument to create a dominant, hegemonic position in the European Union. They were using Russian gas to kill the other economies. Now, they cannot count on this privileged relationship with Russia because the whole world is pressing them to stop their lucrative cooperation with Russia. Yet, they see no alternative. That is why the Germans are so cautious and dormant and are waiting for the end of this war. They don’t really pay attention to the conditions for Ukraine, they just want to come back to ‘business as usual’ with Russia. They are not helping Ukraine. They are not sending heavy weapons. Germany does not have a Plan B.

“The Brussels bureaucracy, the people in Paris and Berlin, are constantly adding new conditions” 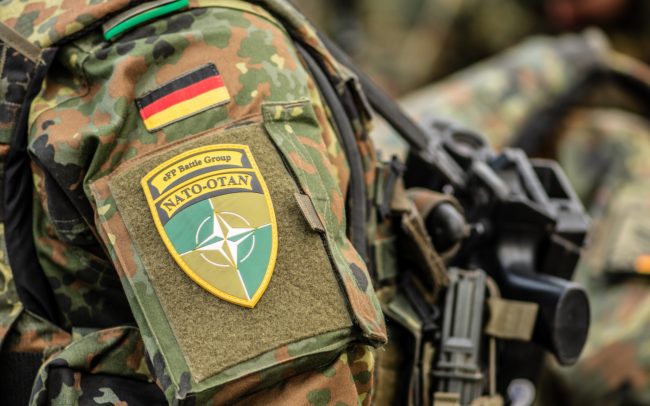 Can Germany lead the European Union?

Absolutely not. German policy has been a disaster and its simply shameful. Just imagine if Poland or the Baltics had relied on Germany and France in the past decade instead of on America. We have more than 10,000 US troops stationed in Poland, plus American tanks, fighter jets, Patriot missiles, etc. They protect us, not Macron’s ideas.

So essentially a new block? ‘New Europe’ supported by the US and the UK?

We already started that by creating the Three Seas initiative – from the Baltic Sea to the Black and Adriatic seas. It is supported by the UK and the US. It’s open to Ukraine and Moldova – we can connect them to the railway and gas networks of the Three Seas Initiative. It’s open to North Macedonia and Albania also, creating a bridge between the Black and Adriatic Sea. We can create this kind of increased cooperation group in the framework of NATO – “Friends of Ukraine” for instance, or “Friends of the Eastern Flank of NATO”. So, I do not advocate for an alternative institution outside of NATO and the EU, but for strengthening cooperation within these two organizations.

Do you think that the war in Ukraine affects the enlargement process in the Western Balkans?

From an economic point of view, integrating these countries is really easy. Take Albania, a country of 2 to 3 million people. That is the size of Lithuania or Estonia. Why should the EU, a block of around 500 million people, have a problem with integrating Albania? There is a lack of political decision-making, and – of course – a lack of willingness to enlarge. Montenegro is slightly bigger than Malta. We have Malta in the EU, and there are no issues. So, I don’t see any economic problems related to this integration. There are only political obstacles – especially from Paris.

Exactly. Enough is enough. I think that the Brussels bureaucracy, the people in Paris and Berlin, are constantly adding new conditions. We have the Copenhagen Criteria on how to enlarge the EU. If countries fulfill these conditions, they should be accepted. The project of a European Union that includes all democratic and free countries is not over until Ukraine and Georgia have joined as well.

Does Macron’s idea also include the countries of the Western Balkans?

You should ask that question in Paris. It is not clear to me whom exactly they want to include. We should also not forget about Turkey. We started the process of accession negotiations with Ankara a long time ago. So, where does Turkey stand now? Is it to be a part of this new institution that Macron is thinking about? If so, it would be a whole new situation, since we already started a standard process for accession with Turkey, chapter by chapter.

The interview with the vice-chair of the European Parliament’s Foreign Affairs Committee and former Minister of Foreign Affairs of Poland was conducted by EU Watch’s Michael Thaidigsmann and Nenad Jurdana.