“Member states must comply with values on which EU is founded”

The Court of the European Union rejected a suit brought by Hungary and Poland over the rule of law mechanism.

The European Court of Justice has validated the so-called Rule of Law Conditionality Mechanism adopted by the European Union in 2020. It could soon be used to cut back EU funds for countries who have been found of infringing fundamental principles of European Union law such as the independence of the judiciary or freedom of the press. Hungary and Poland had brought a suit against the measure, which the ECJ rejected in two rulings on Wednesday. 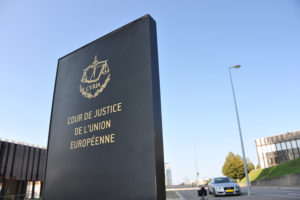 The highest court of the EU, which is based in Luxembourg, held that the EU regulation of December 2020 which for the first time linked payments from the EU budget to the respect for the principles of the rule of law in EU member states was in line with the EU founding treaties.

Hungary and Poland had brought an action before the Court of Justice for the annulment of this regulation, accusing the EU institutions of exceeding its powers.  Germany, Ireland, Spain, France, Luxembourg, the Netherlands, Finland, Sweden and the Commission intervened in support of the European Parliament and the Council.

The regulation safeguards “the legitimate interests of final recipients and beneficiaries”, the Luxembourg judges ruled. Member states had to comply with the common values on which the European Union is founded as they “define the very identity of the European Union”.

Following the ruling of the European Court of Justice, the @Europarl_EN now expects the @EU_Commission to apply the conditionality mechanism swiftly.

Conditionality of EU funds linked to respect of the #RuleOfLaw is non-negotiable for us. pic.twitter.com/yJJxO0v6jx

The judges ruled that “compliance with those values cannot be reduced to an obligation which a candidate state must meet in order to accede to the European Union and which it may disregard after accession”. The EU’s budget was “one of the principal instruments for giving practical effect, in the European Union’s policies and activities, to the fundamental principle of solidarity between member states” and the implementation of that principle was based on “mutual trust in the responsible use of the common resources included in that budget.”

Sound financial management of the budget could be seriously compromised by breaches of the principles of the rule of law committed in an EU country, the court found. While the ruling was expected to go in this direction, it was surprisingly clear and unambiguous.

.@JuditVarga_EU on #ruleoflaw decision: @EUCourtPress made a political decision because of our upcoming referendum on child protection. The ECJ's latest ruling is an example of how Brussels is abusing its power.

Stay tuned for presser at noon!

Experts pointed to the reluctance of the European Commission to apply the conditionality mechanism after it was adopted in 2020. “This is all not so much about Hungary and Poland challenging an EU legislative measure. The facts surrounding the case point to the worrisome collusion between the Commission and the European Council, which is not in the interest of the values of the Union or the rule of law”, Dimitry Kochenov of the Central European University said in a statement ahead of the ruling.

To wait for the ruling of the Court of Justice, which is not part of the legislative process in EU law, had been a mistake, said Kochenev. He added that the “political games played by the European Commission and the European Council are aimed at the de facto suspension of the legal effects of the vitally important regulation.” He added: “The European Parliament has rightly challenged this state of affairs in court, but its case, while morally very strong, was, legally speaking, very weak since the Commission enjoys full discretion in the triggering of the regulation’s mechanisms.”

Hungary’s Justice Minister Judit Varga called the judgment “a political decision” and an “abuse of power” by “Brussels”, while Commission President Ursula von der Leyen declared that the decision showed that “we are on the right track”. Von der Leyen added: “Taking into account these judgments, we will adopt in the following weeks guidelines providing further clarity about how we apply the mechanism in practice. I promised that no case will be lost. And I have kept that promise.” The Commission president said her institution had been monitoring the situation in all 27 EU countries since the entry into force of the Conditionality Regulation and was assessing in depth certain cases.

Text of the ruling (in French)