Coming soon? The grand debate about future of the EU

The Conference on the Future of Europe has been in the making for some years – it might begin soon.

“I want Europeans to build the future of our Union. They should play a leading and active part in setting our priorities and our level of ambition. I want citizens to have their say at a Conference on the Future of Europe, to start in 2020 and run for two years. The Conference should bring together citizens, including a significant role for young people, civil society and European institutions as equal partners. The Conference should be well prepared with a clear scope and clear objectives, agreed between the Parliament, the Council and the Commission.”

Those lines were included in Ursula von der Leyen’s Political Guidelines, which she presented to the European Parliament in July 2019, shortly after being nominated as the new president of the European Commission.

The idea for a gathering to discuss the future of the EU had been earlier floated by France’s President Emmanuel Macron, who promoted von der Leyen’s candidacy. And in 2017, the Commission of von der Leyen’s predecessor, Jean-Claude Juncker, had presented a document called the “White Paper on the future of Europe”. Following the Brexit vote in the UK, it sketched out five possible scenarios for the EU in 2025, depending on the political choices made by Europe’s leaders.

The newly elected Commission president, in the mission letter to her Vice-President Dubravka Šuica, took up the ball. Von der Leyen said more democratic participation of EU citizens in how the Union is run and what it delivers on was needed. “Beyond voting in elections, there is a need to improve participation in our democracy. We need to ensure that people can make their voice heard and are listened to”, von der Leyen wrote in her brief to the Croatian commissioner.

She added: “This is why I believe we need a Conference on the Future of Europe, to start in 2020 and run for two years. This should bring together citizens of all ages from across our Union, as well as civil society and European institutions. We need a wide debate, clear objectives and a tangible follow-up on what is agreed.” 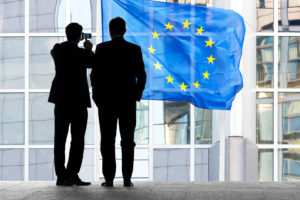 Von der Leyen went on to write Šuica: “As a first step, you should work closely with the European Parliament and the Council to agree on the concept, structure, timing and scope of the Conference. You will ensure the widest possible participation in the Commission’s Citizens’ Dialogues to ensure that Europeans can shape the outcome of the Conference. You should explore ways to make participation in person or online as easy and accessible as possible.”

Šuica outlined her own plans in her hearing in the European Parliament and said the conference should last two years and build on existing outreach initiatives undertaken by the Commission in recent years. One of the items that the Conference should discuss, according to Šuica, was whether the system of “Spitzenkandidaten”, i.e. candidates for president of the European Commission who lead their parties in the European elections, should be enshrined in the EU Treaties.

Issues to be adressed

In November 2019, a so-called “non-paper” was issued by the German and French governments. The aim of the Conference, it stated, should be to “address all issues at stake to guide the future of Europe with a view to making the EU more united and sovereign – such as Europe’s role in the world and its security and defence, neighbourhood, digitalisation, climate change, migration, fight against inequalities, our ‘social market economy’ model (including social rights, industrial and innovation policy, trade, EMU, competitiveness), the rule of law and European values.”

The gathering was to “focus on policies and identify, by blocks of policies, the main reforms to implement as a matter of priority, setting out the types of changes to be made.”

According to the non-paper, the Conference would in Februar 2020, discussing in particular questions related to European elections and to citizens’ participation in EU matters. It would close in 2022, with the results then submitted to the European Council for discussion and approval. The aim was, the paper emphasized, “to produce tangible and concrete results. The final document with recommendations.”

In December 2019, further progress was made. A working group in the European Parliament produced a draft outline for the Conference, foreseeing up to six so-called Citizens’ Assemblies of up to 200 participants from across the European Union. These would meet in different cities and later present recommendations to the EU institutions, which in turn would turn the proposals into legislation at EU level.

EU institutions should commit, the paper said, to implementing the recommendations, by making changes to laws or even to the treaties governing the Union. The process was to be headed by a steering committee composed by representatives of the Commission, the Council and the Parliament.
The conference was to begin on Europe Day, 9 May 2020.

Because of the Covid-19 pandemic, preparations for the Conference were put on hold and the assembly postponed. Nonetheless, the 27 EU countries represented in the Council agreed on a position in June 2020. It said that “the conference should be launched as soon as the epidemiological conditions allow for it” and that it ought to focus on formulating EU policies over the medium and long term, “including the economic repercussions of the COVID-19 pandemic and lessons learned from the crisis.”

The focus had shifted somewhat from in-person meetings to digital formats, though the former were maintained in principle. “The effective involvement of citizens and stakeholders should be ensured through debates, including at national and regional level, and through multilingual internet platforms and citizens’ panels in member states and at European level. Digital engagement efforts and activities would be of key importance, especially in the event of restrictions related to COVID-19, while physical participation and face-to-face exchanges should remain an essential part of the conference, according to the Council’s mandate”, a press release stated.

The Council said it wanted to ensure an “equal role” for the three main EU institutions, as well as for national parliaments, but that it should be chaired by an “eminent European personality” rather than by different persons simultaneously. 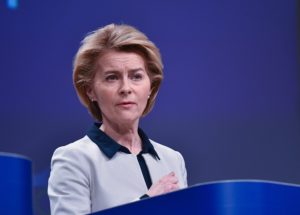 However, in the ensuing months, not much was heard or done about the Conference, and discussions got down to who would and should chair the event. A proposal to appoint former Belgian Prime Minister Guy Verhofstadt, a senior member of the European Parliament, as the chairman did not obtain the approval of member states.

In January 2021, there were media reports that the three institutions were considering appointing their respective presidents – Ursula von der Leyen, Parliament President David Sassoli and European Council President Charles Michel, as joint co-chairs. The Council’s proposal for an “eminent personality” as “independent and single chair” seemed to have been buried. Instead, the Conference would get an Executive Committee featuring parliamentarians from all political groups as well as representatives from the Council and the Commission.