The European Commission has proposed a reform of the Schengen Area rules to prepare for any future crises. 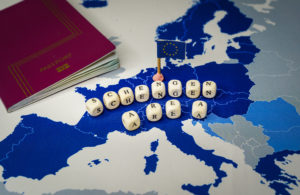 Lessons from the Corona pandemic

The Commission says it has listened to citizens of the European Union tired of the lack of uniformity in Europe. It decided that member states should in future not make unilateral decisions regarding non-essential travel. Rather, the Commission wants to be able to propose Council-implemented resolutions so that the European Council not only adopts but also follows up on its decisions regarding health and other areas for internal and external borders. Closing external borders needs to be coordinated and only done as a last resort, the Commission reiterated.

An important change has been decided, linked with the new Pact on Migration and Asylum. The Commission has decided to insert the definition of instrumentalization in the Border Code. This is made to face the Belarus situation, and is aimed at Lithuania, Poland and Latvia. These countries have not been respecting previous treaties and the EU wants to clarify what legal framework they can’t derogate from. Regarding secondary movements, joint police forces will be habilitated to catch migrants and send them back to their first country of entry.

The Commission will be reviewing internal border checks imposed by member states to prevent abuse. Such checks can still be put in place and renewed every six months but only for up to 18 months. After that, member states would have to justify that the measures are proportional to the threat. Alternatives to closing internal borders would be put in place, such as police cooperation.

With the proposals, the European Commission seems to be finally answering the ongoing criticism of the EU’s response to the pandemic, as EU Watch previously found with our survey.

However, the Commission has limited powers regarding external border coordination and has in recent months hesitated to use its powers vis-à-vis member states and their border policies.