Travel certificates within EU to be operational by June

The European institutions are preparing to put in place a new document aimed at facilitating travel.

Both the legislative and the technical preparations are well-advanced. According to EU sources, a test run of what is called the Digital Green Certificate (DGC) is to start in mid-May. From June, states can link up to the gateway and start applying the scheme. By the end of that month, all 30 countries are expected to issue the certificates to their nationals and residents and accept those coming from other participating countries. 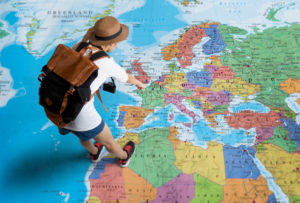 Meanwhile, the European Parliament on Thursday voted by a large majority to support the measure. However, the deputies called for the scheme to be limited to 12 months and then be scrapped. The Commission, meanwhile, wants to follow the guidance of the World Health Organisation in that matter. “We preferred that approach rather than adopting a specific time period, which would be arbitrary given that we don’t know how long the pandemic will last at this stage,” Justice Commissioner Didier Reynders said.

What are the main elements of the project?

Didier Reynders told the European Parliament this week that any delays in the rollout of the scheme would risk fragmentation and frustration among citizens. He warned of possibly incompatible national solutions. Some sticking points remain.

Under the Commission’s plan, private data will not be stored in the certificate. However, member states have reportedly called for more personal data to be collected, allowing for it to be processed for other purposes, including retention periods.